We usually associate cared and rejuvenated skin with chemical and cosmetic surgery treatments, counting mainly with Botox or hyaluronic acid injections, but it is possible to have a smooth and hydrated skin thanks to natural elements specially selected for you.

From Barros de Ibiza and through a vegan, natural and ecological cosmetics, we take care of your skin and stop the passing of time in it. Counting with numerous natural substances carefully chosen to obtain the best results in your skin, and after an exhaustive investigation, we have applied the last technologies of TENS UP extracted from the chicory root and the benefits of the muds of Ibiza together with the mineral numbers that it contains, having as a result a cosmetic range that will help you to stop the aging in a natural way.

What is TENS UP?

TENS UP is a unique and innovative technology of vegetal origin that has a double action, thanks to its immediate lifting and anti-aging activity, causing the reduction of expression lines and wrinkles.

How does TENS UP work?

The products with lifting properties form a superficial film that smoothes the skin, erasing wrinkles and expression lines, providing a radiant and luminous appearance after use.

It has a double action, acting in the short and medium term, that is, it visibly eliminates wrinkles, but with a prolonged use it helps to increase the density of the skin's natural collagen.

Its action is based on the absorption of the substance and later on the formation of a film with a tensor effect that sequentially releases the rejuvenating active ingredient, thus generating a dual effect: tensor and anti-aging.

Where does TENS UP technology come from?

As we have commented in previous posts, it is important that we know the origin and composition of the products to which we expose our skin.

TENS UP, despite being a new technology that acts thanks to the combination of natural elements, which forms a three-dimensional hydrocolloid matrix (Matrix 3D). This is made up of galactomannans from Tara, which form a three-dimensional network that traps the active ingredient. It also contains fructooligosaccharides obtained from chicory root.

The Tara (caesalpina spinosa) is a native species of Peru. It is from its seeds that the mannose and galactose polysaccharides are extracted, that is, the galactomannans, which make up the 3D Matrix that will contain the asset.

Chicory (cichorium intybus) is native to Europe and parts of Asia. It has been used as a medicinal plant since ancient times. From the chicory root, fructooligosaccharides are extracted, that is to say, the very active ingredient of TENS UP, which is released sequentially in the Matrix 3D.

And the muds of Ibiza What anti-ageing benefits do they have?

Our products contain clays such as bentonite, kaolin and the exclusive Barros de Ibiza as a unique element. The clay of Ibiza has multiple qualities thanks to the unique conditions in which it is found in the Island, like its climate, the quality of its waters and the different minerals that its lands possess. Thanks to this combination of oligoelements formed by nature, it provides your skin with benefits such as collagen stimulation and a reinforcement of the skin's defences, which helps to combat facial ageing.

Do the products have more anti-ageing elements?

All the components of our Barros de Ibiza products have carefully selected ingredients to give your skin everything it needs in a natural and effective way.

We know that the passage of time on your skin is important for you, so we have a series of ingredients that work to combat the aging of your foot.

22
€45.45
ANTI-AGING CREAM, TENS UP, WITH GLOW EFFECT - Offers your face a Dual Effect : Tensioner immediate and care for aging for a long time thanks to...

12
€51.24
MASK DETOX, ANTIAGING, VERY MOISTURIZING, UNIFIES THE SKIN TONE AND PROVIDES BRIGHTNESS - Pioneer in containing the mud of Ibiza as a special... 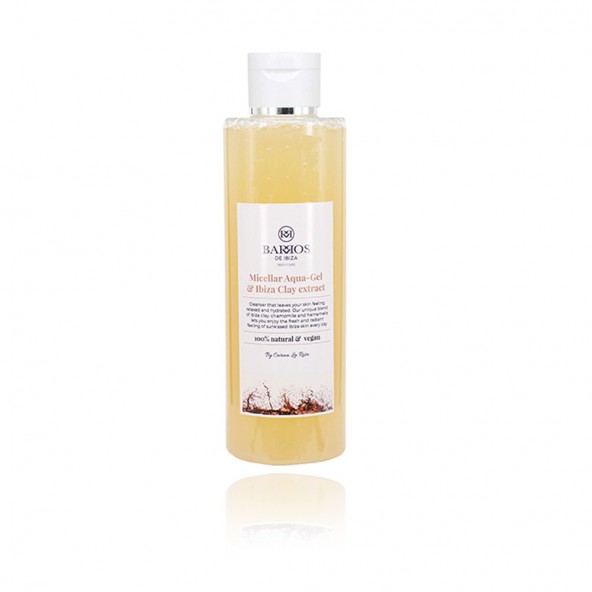 8
€21.32
MICELAR WATER WITH IBIZA MUDS, TESTED FOR SENSITIVE SKINS AND SUITABLE FOR ALL SKIN TYPES - 200ml - Enjoy t he only product with micellar... 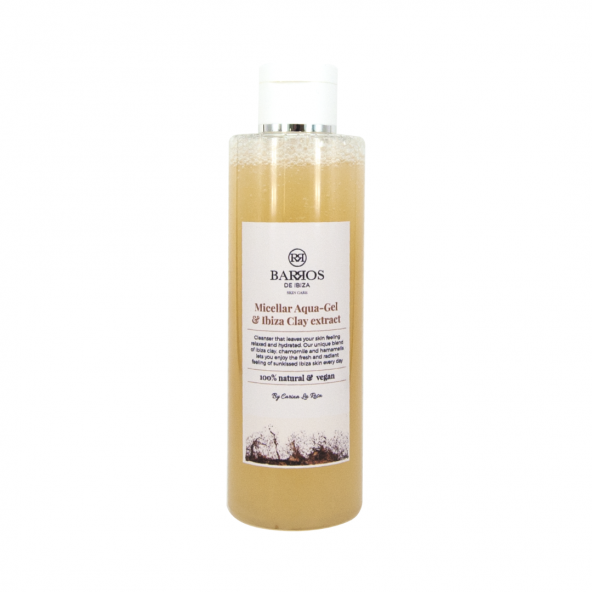